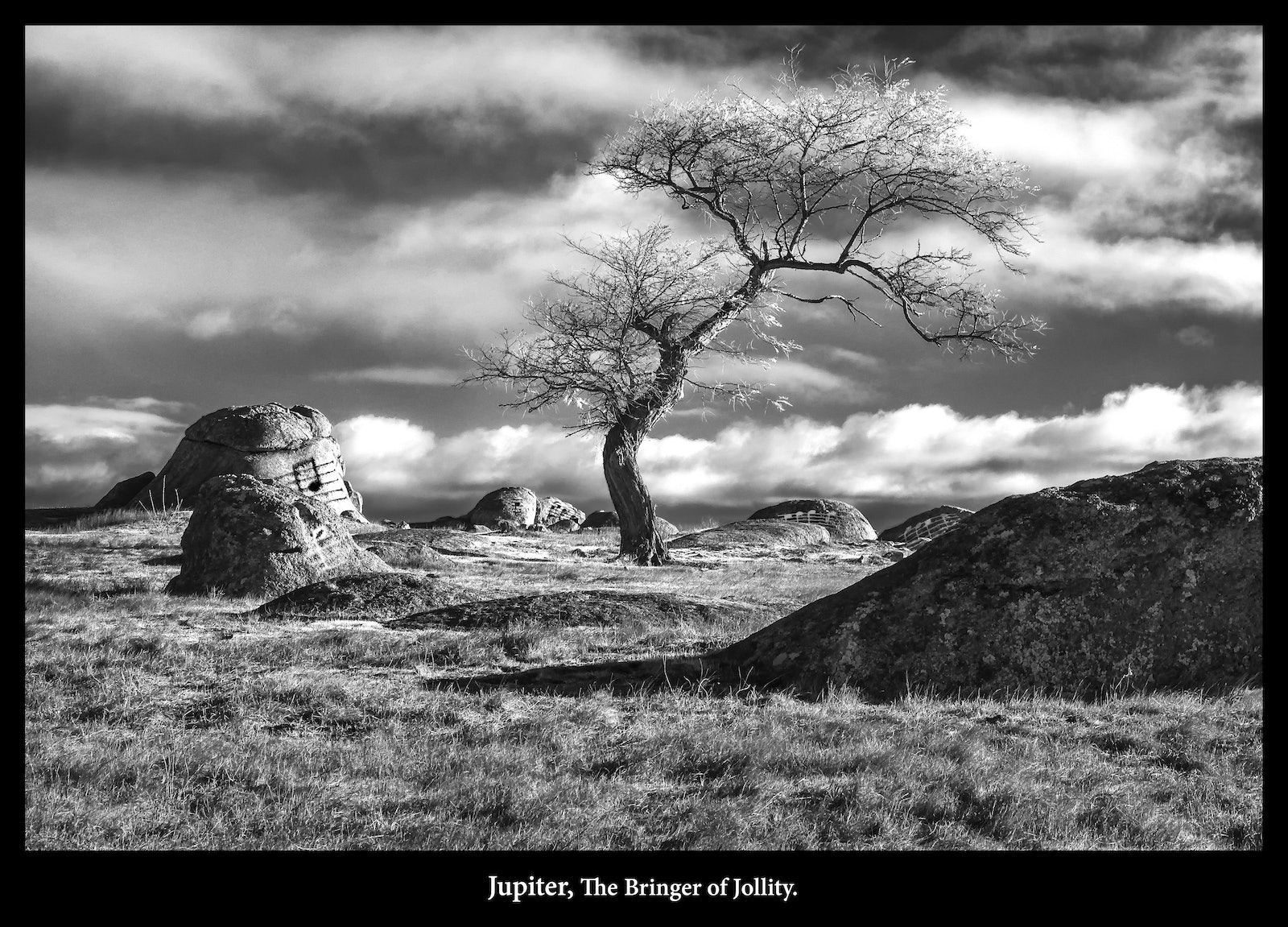 Gustav Holst composed his seven movement Orchestral suite, ‘The Planets, between 1914 and 1916. Each movement is based on a planet. It’s essence is drawn from astrology rather than astronomy. Each movement is intended to convey the influence of the planet on the psyche. Holst referred to this suite as a ‘series of mood pictures’. Using landscapes from around Victoria, I have created my own ‘mood pictures’ drawing from Holst’s work as inspiration.Each image also incorporates notation from the musical score.

Each of these images has been captured in infra-red, which is the very top of the visual spectrum. This strips most of the colour from the image, leaving only magenta, red, black and white. The colours we expect to see are reflected differently, giving images an other-worldly feel. This is particularly evident with foliage, where chlorophyl is reflected as bright white. 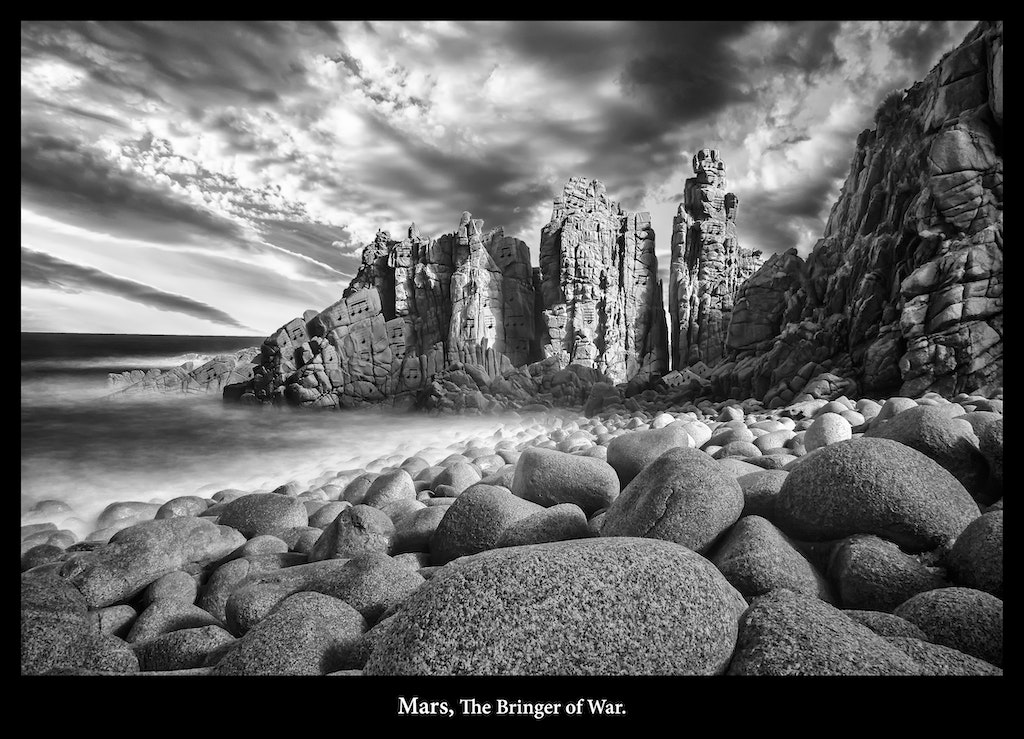 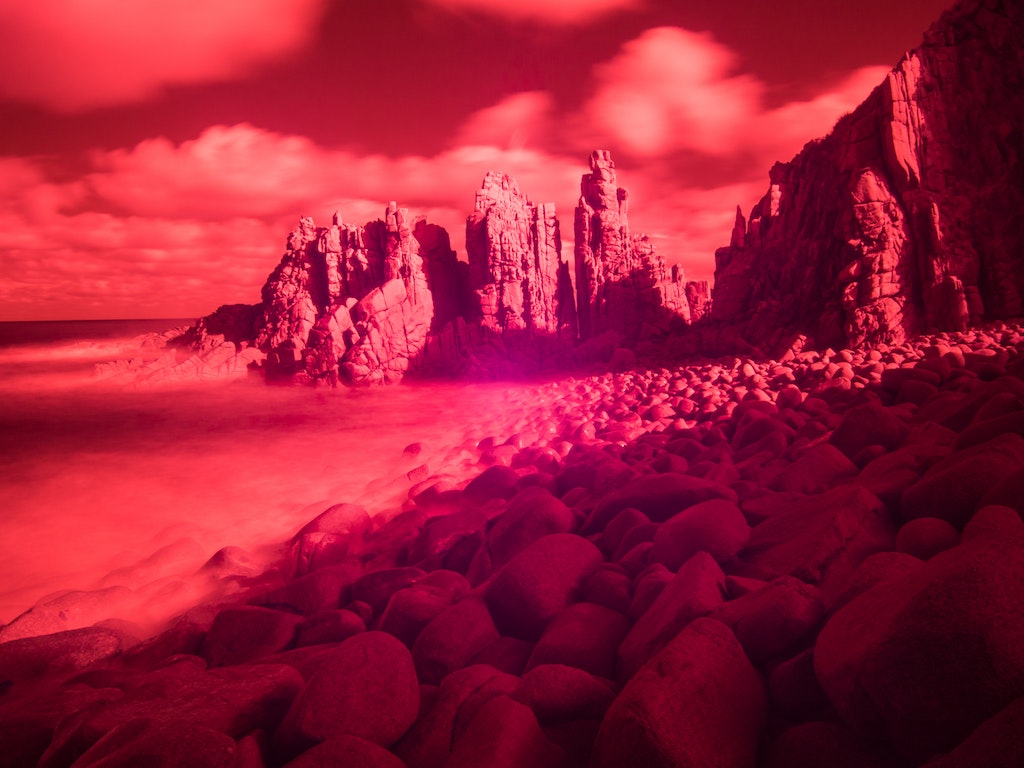 I enjoy using infra-red when I am producing black and white images as the technique forces you to consider composition and tonal contrast rather than colour. This generally produces great images with dramatic variations in tone.

To take the image from infra-red (right) to black and white (left), I use a combination of Lightroom, Photoshop with a Silver Effex plug-in. There's lots of adjustments made to clarity, contrast, curves, structure, colour channels, sharpening and noise reduction to produce the final image. 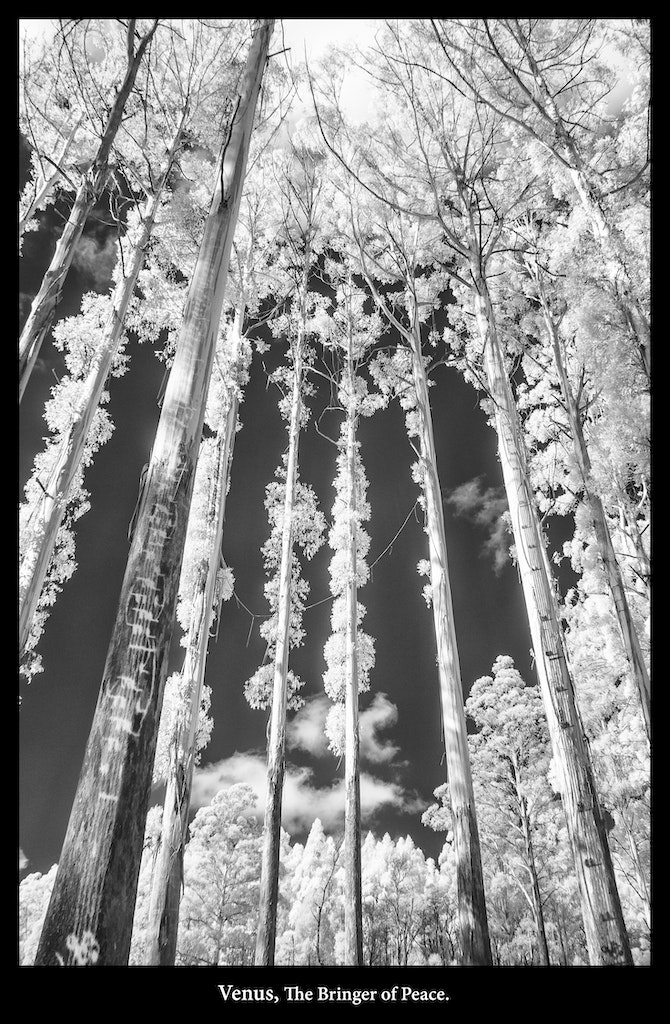 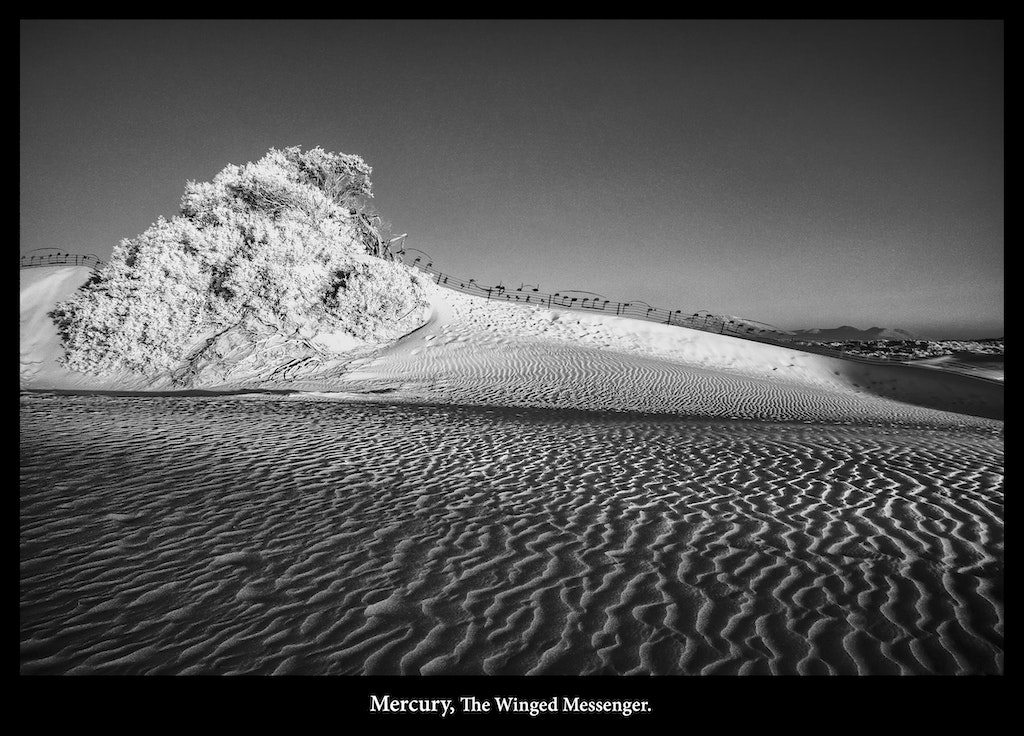 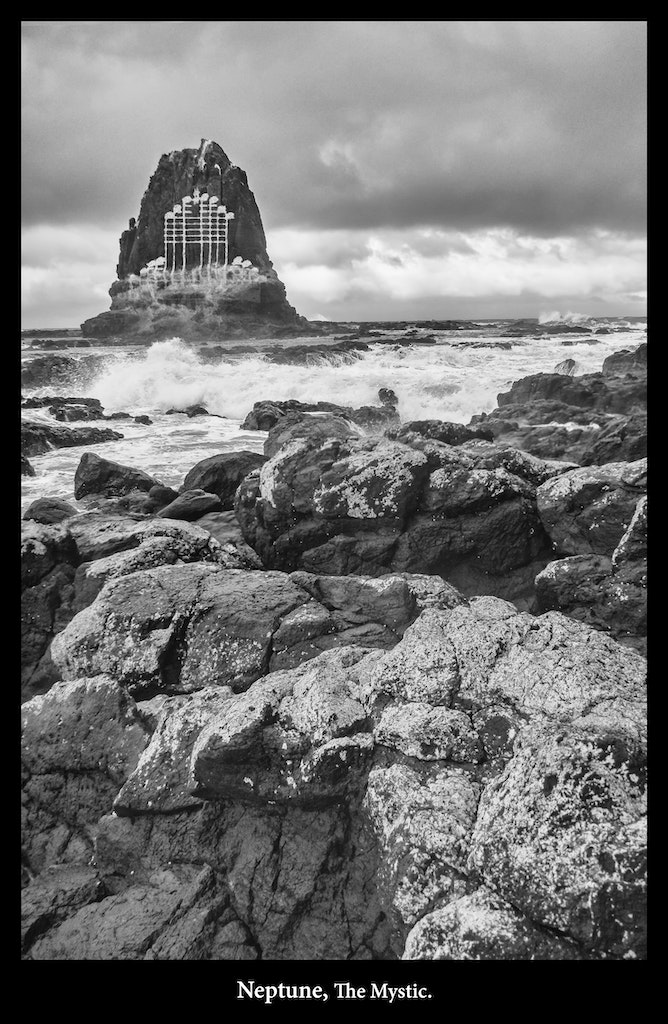 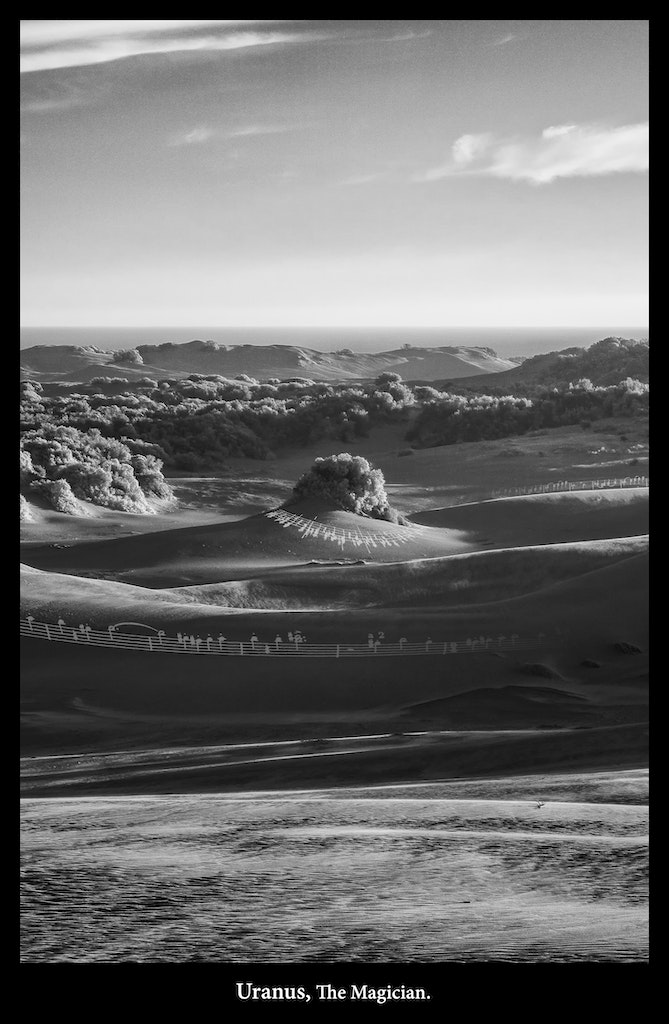 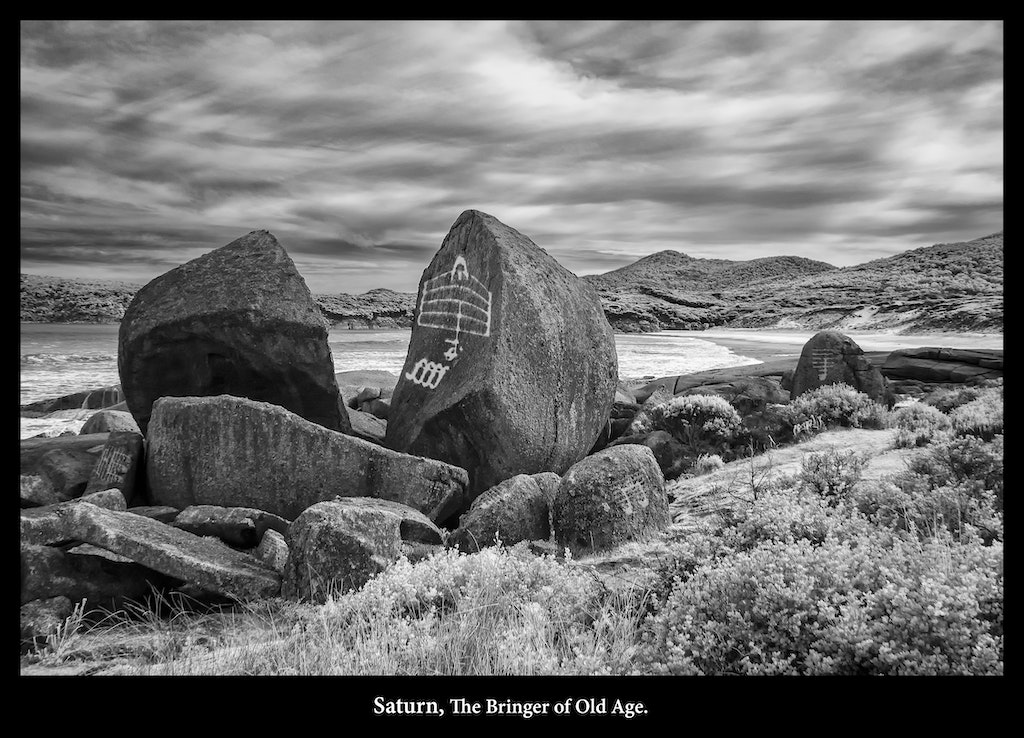 Images were captured at these locations:

For each image, I've taken part of the musical score and incorporated it into the image to merge the world of music and image together.

An example of Holst's work can be heard in the clip below, which is my concert band, the Melbourne Rainbow Band, performing Jupiter, the Bringer of Jollity. This is perhaps Holst's most popular work, alongside Mars, the Bringer of War.